By Ebrahim - March 12, 2019
In this post, we will compare two digital Market Research Sampling Methodology, which are
"Static Panel" and "Dynamic Sampling" and we will discuss why Research on Mobile utilizing the second one.

We can begin with  the main challenge and concern in traditional static panels, which is:

How to ensure that these people are not professional respondents?

If they have been on the panel for 2 years or so and have done so many surveys that they now know how to pass screen out questions
For instance, they know that they should say they are a woman and earn +$10,000 per month cause in most surveys they took in the past few months they screened out when they said they were a man and/or they got screened out when they said they were unemployed. 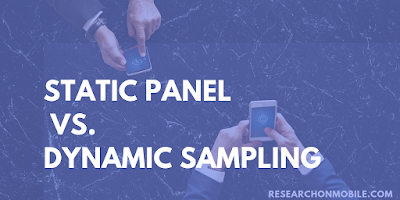 Considering the above-mentioned points, The whole concept of 'static panels' is in question at this stage cause the idea of a panel is to have loyal respondents coming back all the time to take surveys.
RoM answer to that was to build a platform with what called 'dynamic panelists', where we don't ask people to join our panel, it is instead something like a river panel or river sampling because the water in a river never passes twice, so we do the same thing in the sense that we post ads in apps asking people who are about to pay for a service on this app (either to download an article or to upgrade to a pro version or to buy something for a game etc) to answer a few questions instead and should they qualify and complete it

They get this thing they were willing to pay for on that app for free. so its an incentive that relates to them (as opposed to panels where they need to earn points and accumulate them over time and then redeem them for random incentives), it caters to the instant gratification that people are now used to, especially millennials
We reach them directly on their phone where they spend most of their time already, we don't ask them to join anything, we don't ask them to download an app, etc. And we never contact them again, we don't collect their contact details, which is why 95% of people taking our surveys are taking a survey for the first time in their life, that's why you see people saying the truth, not lying about their income or the age etc.

Popular posts from this blog 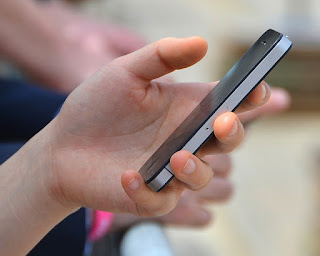 It is not possible to ignore the importance of the effects of mobile on people daily life. More than 48% of total web page views globally occurs on mobiles and the number of mobile internet usage is increasing.[+]

Smartphones and tablets give the opportunity for users to share information on the go. As Statista shows, mobile internet traffic in November 2018 excluding tablets is more than 48% and at the top of the list is Asia, with more than 61% and Africa with more than 57 %.

With considering these trends in mobile usage, we cannot ignore the importance of using mobiles in collecting data for market research purpose. Besides that, the …
Read more 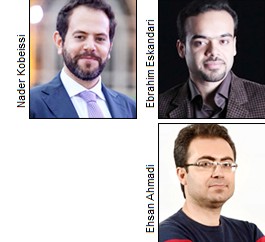 In the Lebanon, Nader Kobeissi, Ebrahim Eskandari and Ehsan Ahmadi have launched a consumer insights business called Research On Mobile.


Serving as the new firm’s Chief Revenue Officer, Kobeissi previously worked on online and mobile panels at Toluna, Ipsos and On Device Research in Paris, New York, and Dubai. Eskandari becomes Chief Operating Officer, having previously worked in media and online research; while Ahmadi is Chief Technical Officer, with a background in web and mobile technology and a focus on survey platforms.

Their new firm combines digital technology and artificial intelligence to understand how consumers use their mobile phones. The business covers 112 countries and aims to help brands and marketers better understand millennial and mobile users. Insights are gathered overnight in order to take strategic decisions the next morning.